I’m back from Chicago, speaking at the annual conference of the ALA—American Library Association. 20,000 librarians under one roof—totally inspiring.

In addition to their deeper-funded and better–staffed cousins from the big cities, they came from towns I’d never heard of, in states I’d never been in: like Clarksdale, Mississippi; Rock Springs, Wyoming; and Keene, New Hampshire.

As disparate as they were, they all had this in common:
* They support reading;
* They support access to information;
* They’re under pressure from dozens of directions to restrict that access;
* They’re concerned about the sexual themes, words, and pictures in the books they acquire and circulate.

New York Librarian Lynn Biederman presented the results of her survey of 500 librarians. On the one hand, most said sexual themes can be valuable to young readers. On the other, many are concerned about how sexual themes affect young readers. Librarians don’t want young people to get inaccurate information, to get too frightened, or to think casual sex is problem-free. Another concern is that some books for young people are gratuitously arousing—a concern that many parents share.

Novelist Laura Ruby (Play Me, Good Girls) told of the piles of heart-wrenching and grateful emails from her young readers. I was delighted to address librarians’ concerns as a clinician and educator. What does science say about sexual themes hurting young people? (Kids are very safe). What do teens need to know about sex that they rarely get at school or at home? (Plenty). What do adults wish they had learned about sex as kids? (Also plenty).

The thing I said that apparently moved the audience most?
The two most important questions to teens are: “Who am I? Am I normal?”
In a healthy person, investigating and answering these questions must involve sexuality. And that sometimes involves arousal. Life is titillating. Teens have their radar up for eroticism; we can’t possibly eliminate it.

I was also the guest of ALA’s Intellectual Freedom Roundtable, which gave me a full 2-hour slot. Over 300 people packed the room, with dozens camping on the floor. Both the volunteers and the staff enthusiastically supported the goal of my talk. If I were the kind of person who referred to “my peeps,” I’d say that about these dedicated, quietly powerful professionals.

The Sexual Disaster Industry (which I describe in my current book) is working overtime in America’s 15,000 public libraries.

They’re instilling a fear of perverts in libraries—claiming that kids are in danger of seeing the pornography and child pornography supposedly being watched on almost every library computer terminal. America’s libraries are open 30 million hours per year—with only a few actual complaints about this.

Demands that books be hidden from minors or banned altogether continue, totalling hundreds every year. Common reasons include sexual words or themes, disrespect for religion, portraying homosexuality in non-negative ways, and an interest in the “occult.”

There’s even a group planning to burn a book. CCLU—the Christian Civil Liberties Union—has requested permission to “burn at the stake” a copy of Francesca Lia Block’s Baby Be-Bop. The group is also suing for $120,000 in damages, claiming the book has damaged the emotional health of several individuals.

Ironically, the book tells the story of a teenager struggling with his homosexuality and an attack by a homophobic gang. Risking their jobs and physical safety, local librarians have been resisting complaints about the book for months. It reminds me of Freud’s letter in 1933 about the public burning of his books in Berlin by the Nazis:

“What progress we are making. In the Middle Ages they would have burned me. Now they are content with burning my books.” 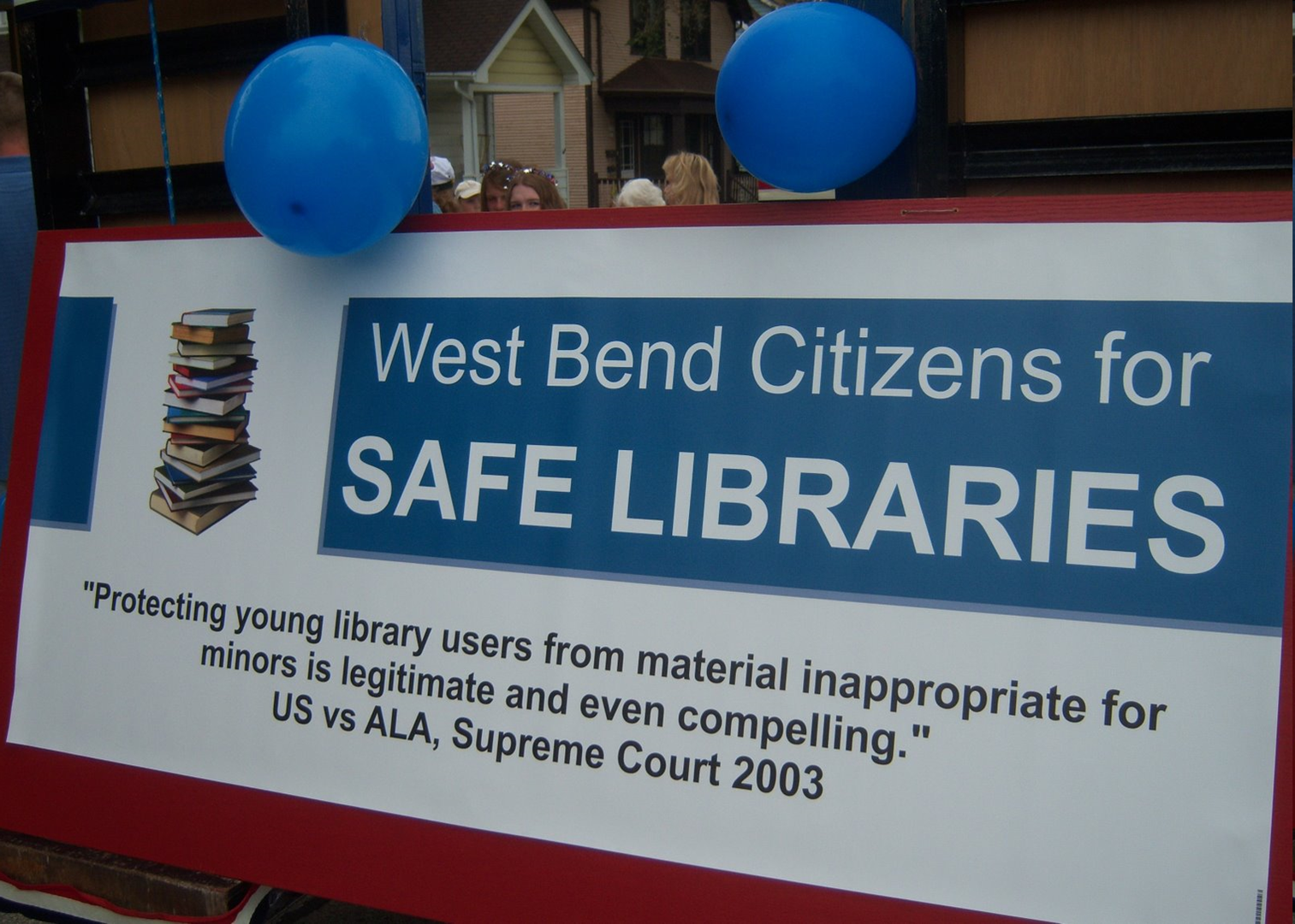 July 4 And Your Sexual Freedom