I started publishing Sexual Intelligence monthly in 2000, which included an annual Awards issue.

The following year my pal Betty Dodson introduced me to an enormous, vibrant, and very talented blues singer named Candye Kane. I loved her music, she loved my books, and we became friends. I went to many of her Bay Area shows; when I did, she’d invariably introduce me to the crowd as her favorite sex therapist, always as a preamble to one of her many songs about sexuality.

In 2005 Candye Kane was honored with a Sexual Intelligence Award.

Last week she died of cancer, a defiant, talented young woman of 54. As her obituary, here’s the announcement of her award. 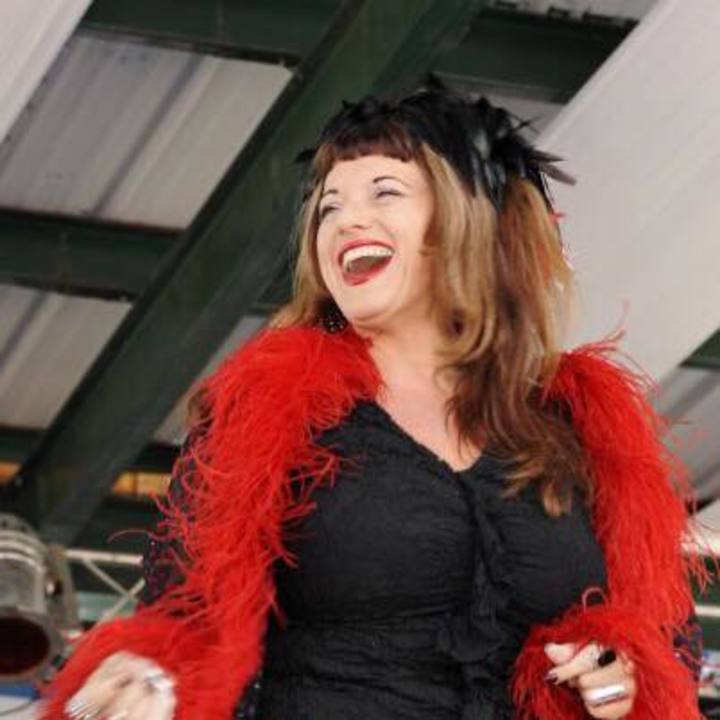 Born in East Los Angeles, taught by her parents to shoplift at the age of 9, Candye Kane has lived the classic blues life. At 16, she abandoned a music scholarship when she became an unwed mother involved in gang culture. On welfare to support herself and her young son, she became a sex worker. She appeared on the covers of skin magazines such as Hustler, Juggs, and Floppers.

But she never lost her devotion to music. Using money from her lucrative sex work, she hired musicians, wrote songs, and booked studio time. In 1986, Kane finally signed a development deal with CBS and recorded a demo. But the label dropped her when they found out about her “inappropriate” experiences. Managers and agents encouraged her to lose weight, renounce her past, and reinvent herself as a wholesome country singer.

Kane continued writing songs, and accidentally discovered brash blues women like Big Mama Thornton and Bessie Smith. She found a universe where women had colorful pasts, and were often plus-sized like her. Most had grown up in oppressive circumstances, which they turned into passionate music, celebrating their sexuality. Candye Kane found a home in the blues.

With even more resolve not to change or hide her Dionysian character, Kane finally recorded her first commercial CD in 1994–and has made six more since then. She has played with or supported B.B.King, Ray Charles, Etta James, Johnny Lang, Jerry Lee Lewis, k.d. lang, Van Morrison and many more.

Candye’s live show honors the bold blues women of the past and today’s modern sexual woman (and man). She delivers barrelhouse blues and soulful ballads, often laced with sexual innuendo. She sometimes says she’s a black drag queen trapped in a white woman’s body; in her low-cut gowns, she sometimes strides over to the piano to “play the 88s with my 44s.” No one in the audience can miss her message: everyone needs love, everyone deserves respect, and everyone should enjoy their body and sexuality. No wonder she’s especially loved by the disenfranchised, such as bikers, porn fans, the overweight, the kinky, and the misunderstood.

At this point, Candye Kane doesn’t apologize for anything–and offers the best damn blues show money can buy. She sings about sex, love, sex, loss, sex, desire, and sex, never far from the many forms of sexual imagination. When she sings that she’s 200 pounds of fun, she obviously means it (although she passed 200 a few years ago). Unwilling to renounce her sexuality as the price of a career, building her success around her sexual integrity (sure, a fantastic voice and band help, too), feeling and being sexy in her own way–no matter what she looks like or what we think–those add up to Sexual Intelligence, which we’re glad to recognize.

For some good clean fun, catch one of her shows or albums. Her website is www.candyekane.com.

The Need For the Sexual “Other”

The Cuckold—Watching His Wife With Other Guys