Old therapy joke:
Q: What’s the difference between defense mechanisms and sex?
A: You can go a whole day without sex.

Actually, we can go without sex for a lot longer than that.

But you wouldn’t know it from listening to some of my patients. Or their partners. It generally sounds like this:

“So I just need a lot of sex. I can’t help it, that’s just how I am—I need a lot of sex, preferably every day. By the way, I’m willing to spend as much time as it takes to please my wife—you know that’s true, Valerie, right?”

I want this person (usually a man, sometimes a woman) to feel heard, so I usually respond “Yes, I understand you want a lot of sex—practically every day.”

He almost always corrects me: “Doc, it isn’t that I want sex every day. I need it.” Oh? “Well, if I don’t have enough sex, I can’t concentrate at work, it’s hard to deal with the kids, I get cranky/sullen/withdrawn/sad/nervous/whatever. So you see it isn’t simply that I want it—I need it.”

“I understand that sense of urgency,” I respond, “the terrible feeling of being out of balance, and that sex is the one thing that will restore your sense of well-being. And you want that relief as soon as possible, preferably today.”

The guy is usually nodding at this point. So I add, “whether we want to describe that as a need or a want or even something else, we don’t have to decide now. I know that ‘need’ is the way you’ve usually described it. The word has both advantages and disadvantages; let’s just come back to that question.”

We’ve already started to change the story—from a need that’s wired into the guy, to a feeling he’d like to change. Or to put it another way, we’ve taken the first step toward understanding his “need”—that it isn’t for sex, it’s for an internal state that he assumes can only be regulated by sex.

Imagine being the partner of this man or woman. That person deserves sympathy—sex becomes the center of a power struggle, or they endure constant criticism, or struggle knowing that they’re the cause of their beloved’s suffering.
Ideally, such a situation would be handled by a sophisticated, honest negotiation culminating in a consensus that both partners can thrive in. In real life, this is unusual. That’s where therapy can make a difference.

I think it’s important for the lower-octane partner to talk about their experience—the pressure, self-criticism, hopelessness (“nothing is ever enough, because tomorrow he wants it all over again”). And the knowledge that whenever he initiates sex, the most likely outcomes are either sex or conflict.

Under such conditions, most people’s desire eventually collapses altogether.

In my experience, unravelling this mess requires her to stop having sex when she doesn’t want it. This can be harder than you think. A lot of these women are self-described “people pleasers.” Or they say they just can’t stand to see hubby suffer. Or their cost-benefit analysis says that periodic unwanted sex is better than a house filled with conflict, or a hubby withdrawing from parenting or chores.

Whatever the reason, these lower-desire partners are unintentionally training their mates to keep insisting on sex, to imagine that both of them are enjoying it, and to ignore the subtle (or explicit) ways they express “I don’t really want to be doing this.” Until then, this woman can’t be herself during sex–and I tell the higher-desire partner that he’s missing out on that authenticity. He may get sex, but not her authenticity—which I suspect he really wants, especially if he wants to feel loved.

Of course, if I suggest she stop saying yes when she doesn’t want to, both partners often gang up on me: How is less sex going to help? Am I simply taking her side? Maybe I don’t believe in someone having high desire for sex? Two or three of these cases in a row makes for a long work day.

While we’re working on this angle, I ask the “need it all the time” partner what’s so special about sex that it’s so central to his life. These people talk about pleasure, feeling euphoria (not the same thing, of course), the blessed interruption of weekly routine; sometimes they talk about feeling close to their partner (whether that person feels close to them during sex is, of course, another story).

What else, I keep asking, what else is so great about sex (especially with someone who may not want it)? We eventually get to the validation he feels from sex: “I’m OK. She accepts me. I’m safe. I’m loveable.” When men finally say this, they typically feel sad, and may even cry.

And that’s the beginning of the end of “I need sex every day.” When these guys (or women) start saying “I want to feel loved every day,” we can start discussing how to wrestle with that feeling, other than by having sex.

These high-desire guys deserve sympathy. They’re attempting to feel whole despite:
* Using a narrow (i.e., sexual) vocabulary;
* Not knowing how to regulate their internal state;
* Feeling dependent on others for that internal regulation;
* Their partner criticizing them for their emotional deficits.

So we keep talking about their emotional needs, and keep talking about various ways those needs can be addressed: cuddling, talking, cooking together, hand-holding in public, a surprise text message, watching a movie together without either person using any devices or doing busywork. Or whatever a couple decides works for them.

These cases can have pretty good outcomes if the couple (or higher-desire individual) sticks with therapy and wrestles with the issues. It turns out that we can go way more than a day without sex; but most of us need a steady diet of connection, validation, touch, and feeling noticed, whether we can express that clearly or not. 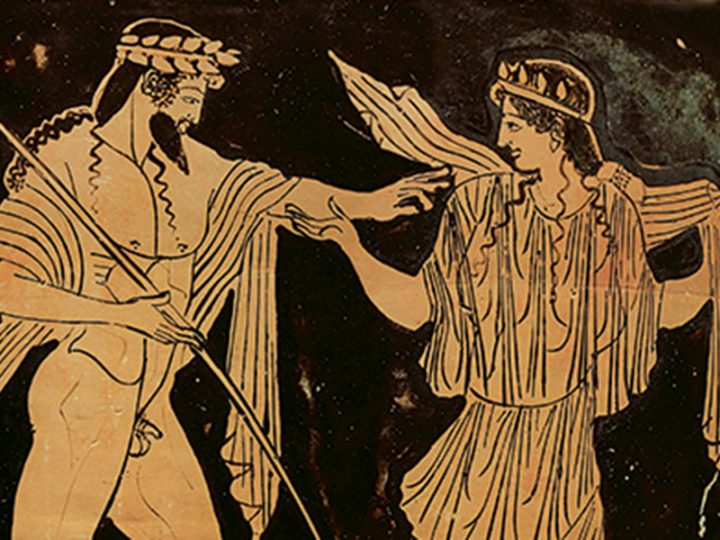 Pornography: What We Can All Agree On