Whether through scandal, public policy issues, surveys, or the latest film, sexuality is almost always in the news. When it is, Dr. Marty Klein is a dependable interview—well-informed, often controversial, always entertaining. And experienced.

“Sex isn’t about performance, it’s about satisfaction. It’s possible to create sex where nobody can fail—which makes sex a lot more relaxing. To improve our sexual experience, we don’t need exotic techniques or a perfect body. Rather, we need the emotional skills to be present, and the communication skills to both talk about what we want, and to listen to our partner.”

This interview is from an international meeting of EO (Entrepreneurs’ Organization).

“Most people say they want pleasure & closeness from sex, but that’s not what they usually focus on during sex. The result is sexual ‘dysfunction’–and it’s why most self-help doesn’t help, because it’s trying to improve ‘function,’ which isn’t what creates sexual satisfaction. What does?”

“Society fears that young people will use sex to harm themselves or others. And so youth are a sexually repressed minority—with sex-related information, services, and products systematically withheld from them.”

“Adults’ panic response to new technology and teen sexuality has created a public policy disaster, with sex education focused primarily on limiting danger and preventing harm. We should instead be helping kids prepare for a life of healthy sexual expression by developing emotional skills, a sense of values, and a humane vision of what they want from sex.”

“Many activists and organizations are committed to maintaining a Moral Panic around sexuality. They use dangerism to describe sex-related “problems” supposedly threatening our families. Using phony categories and bogus statistics, they simply invent “epidemics” like sex addiction, sex trafficking, chatroom kidnappings, and porn’s demolition of marriage.”

“The internet provides the relationship we all fantasize–someone giving and giving endless stimulation without demanding anything. Many people feel powerless in the face of internet porn’s limitless choices; we can restore people’s sense of agency about this.”

“The idea that 16-year-olds can drive but can’t make good sexual decisions says more about our anxiety about sexuality than it does about teens.”

“The Religious Right is using the issue of sexual regulation to undermine secular democracy in the United States.”

“When people wash their hands 40 times a day, we don’t send them to a hand-washing clinic. The sex addiction movement gets distracted by sexual behavior, and minimizes people’s psychology.”

“Infidelity can be a desperate attempt to keep a marriage together after the sex has collapsed.”

RADIOMD: IS THERE SEX AFTER MENOPAUSE? 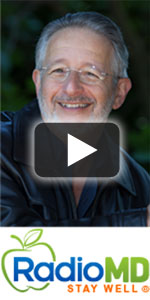 “There’s absolutely no data to suggest that people who look at pornography are more likely to act violently or sexually dangerously.”