Just about every week I see a new patient who complains that he has trouble having orgasms.

And if he’s been bothered about this for a while, why is he coming in now?

I want to eliminate medical issues first, so I always ask if he’s seen a physician. Since many of these guys are referred to me by a doc, let’s skip over the possible health issues (such as diabetes, auto-immune diseases, and possession by the devil) and get to my specialty.

To start with, not orgasming every time you have sex isn’t a problem, it’s a fact of life. It’s our expectation (or our partner’s expectation) of 100% orgasmic certainty that often creates the perception of a ‘problem.’

Also, as men get older, fewer and fewer sexual encounters involve an orgasm. Almost all our reflexes slow down with age, and orgasm—this isn’t romantic, I know—is just another reflex. Plus that pesky, ever-enlarging prostate (enlarging only slowly, we hope) can interfere with orgasm.

So does the medication that many middle-age men take as we wrestle with the pesky gland that gives us increasing grief.

Another part of the story often involves the circumstances in which a man expects to climax. Is he getting the stimulation he wants? How erect is he when he’s wanting to orgasm? Is he feeling pressure? Does he believe his partner is having a good time with him? Does he want to be there in the first place, or is he having ‘duty sex’? These all make climaxing more difficult, maybe even impossible.

To put it a slightly different way, is the guy getting really excited? If not, orgasm may not happen—especially after age 40. And there are plenty of reasons that people don’t get really excited during sex.

Effective treatment addresses these psychological and lifestyle issues. Some men are disappointed, wanting a medical treatment or a pill. Other men are relieved that they don’t have a horrible disease, and work with me to explore the architecture of their sexual encounters. After a while they may realize how they create sex that isn’t centered on pleasure or intimacy, but rather on performance or placating a partner.

When younger men complain of not orgasming, I ask lots of these lifestyle questions. This includes an inquiry about birth control. A surprising number of young guys say “she’s using something” or “I don’t know” or “she says she isn’t fertile.” Fear of unwanted pregnancy is a powerful disincentive to orgasm, whether conscious or not. And ignorance about contraception often comes along with poor sexual communication, or other inhibitions about creating a satisfying sexual event.

Young guys often have sex in a chaotic way, especially if it’s a casual hookup. Little talking, little attention to preferences, physical discomfort, even emotional concerns (such as guilt or lack of privacy) can diminish pleasure so much that expecting to climax is just unrealistic.

And that means orgasming during your average college hookup—drunk, deafening music, a virtual stranger, an uncomfortable, non-private place—is simply not a reasonable expectation.

But guys do hook up, and do expect to come.

It keeps me in business.

And when I ask guys (of any age) why they’re so distressed about not coming, they usually give one of two answers: my partner’s pressuring me to prove that she’s good in bed and that I’m attracted to her; or I want to be “normal.”

There are lots of good reasons to want to orgasm. Neither of those is a good one. And so we talk about what actually makes sex satisfying, and why orgasm isn’t the most important part of sex.

That isn’t why anyone comes to therapy. But it’s one of the greatest treasures that therapy has to offer. 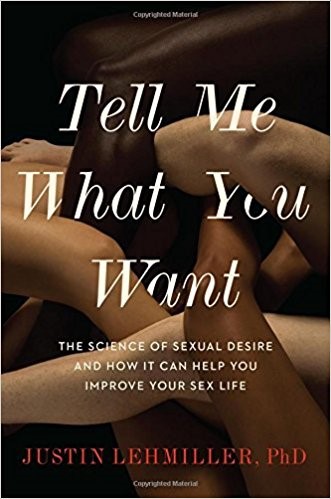