Philip Roth has died at age 85. The New York Times obituary calls him “a pre-eminent figure in 20th-century literature.” 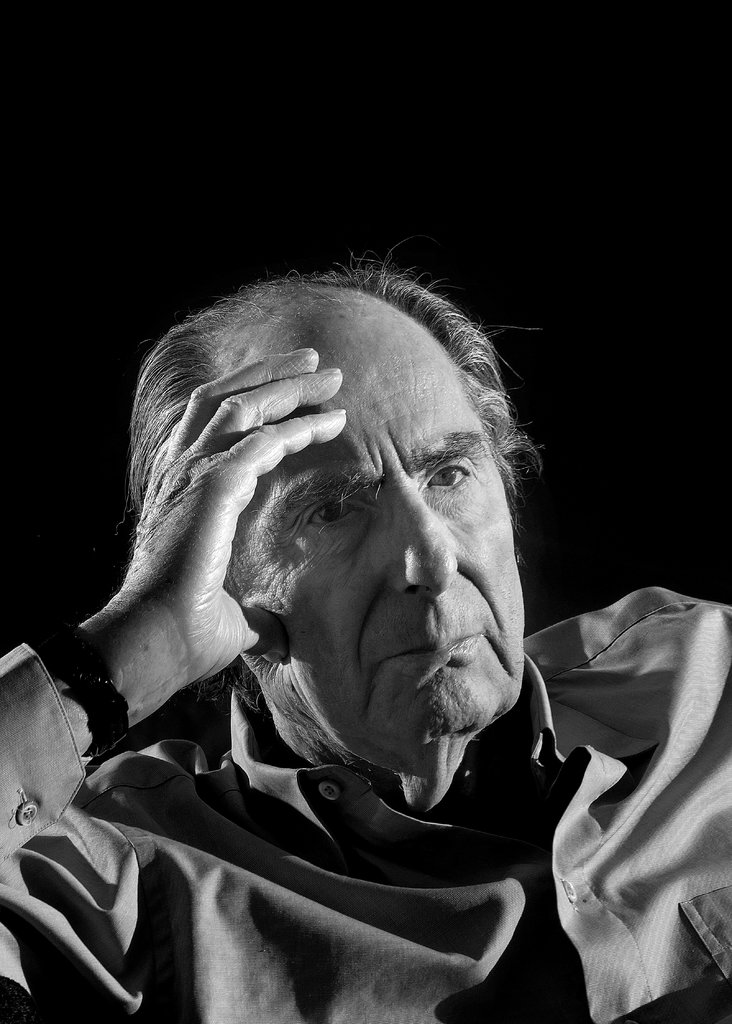 These feelings and experiences are both universal and intensely private. That Roth could capture them so well is near-miraculous. That he would be excoriated for revealing them is absolutely predictable. Roth endured over half a century of blistering outrage by readers and non-readers alike–outrage not that he was incorrect, but that he was impolite.

Roth said the unsayable, and he never apologized. He held up a mirror, and some people didn’t like what they saw. Shakespeare and Sophocles did the same thing–but their characters lived so long ago they don’t feel nearly so subversive today. Roth took sexuality seriously in our time. Outrageous.

Here’s the blogpost I wrote when he retired a few years ago:

After 31 novels, Philip Roth has announced his retirement.

With all due respect to the person who channeled Fifty Shades of Grey, Roth is America’s greatest sex writer.

The Breast parodied men’s obsession by bringing us a man turned into a giant mammary. More seriously, Deception used a brilliant device to examine an equally common obsession. In it, a novelist’s wife discovers the diary in which he describes his affair—no, he says, it’s notes for his next novel, about a novelist who has an affair.

In book after book, Roth examined longing—not the romantic, wonderfully melancholy version of second-rate novels, but the longing that erodes self-respect, that creates resentment (at both self and other), that challenges self-image. Over and over, Roth examined a particularly cruel version of longing: older men needing younger women, even while they know that day by day, they have less and less to offer their would-be lovers.

Roth talked about sex as it really is for people—messy, irrational, loaded with contradictory feelings and needs. He described the kinds of arousal that “normal” people are not supposed to feel: over sniffing used panties, over hearing about one’s lover’s lovers. He knew “normal” sexual sadism inside and out. When Mickey Sabbath’s lover of 13 years suddenly insists he become monogamous with her, he insists she resume sleeping with her loved-but-undesired husband—an equally repulsive and ridiculous demand.

Perhaps most impressively, Roth wrote unblinkingly about the ways people use sex to distance death. “With the lover, everyday life recedes,” he writes in Deception. As I often see with my patients, many of Roth’s characters pursue sex not primarily for its pleasure, but to push away loneliness, to feel youthful or special, to remember who they are in the unrelenting face of a pitiless aging process.

Because Roth didn’t write about every sexual perspective equally, he was sometimes branded a male chauvinist—a critique that has recently become more popular (and which ignores how brave it was to write about female sexuality 30, 40, and 50 years ago). That’s like criticizing Shakespeare for not writing chamber music, or the Rolling Stones for not writing, well, chamber music. Let genius do what it will do. No mirror is large enough to show everything at once.

Yesterday was World AIDS Day, and the National Football League proudly showed its support by weakly urging viewers to…“get more information.” Apparently, our great nation is not prepared to hear the word “condom” even on World AIDS Day. Roth did not respect any such taboos, and for this we are the richer. His complete disrespect for propriety has been honored with the Pulitzer Prize, National Book Award (twice), and Man Booker Prize.

He also received the first Sexual Intelligence Award in 2001.

It was an easy call.

Is Your Therapist Sexually Literate?

Not Everything is a #MeToo Moment