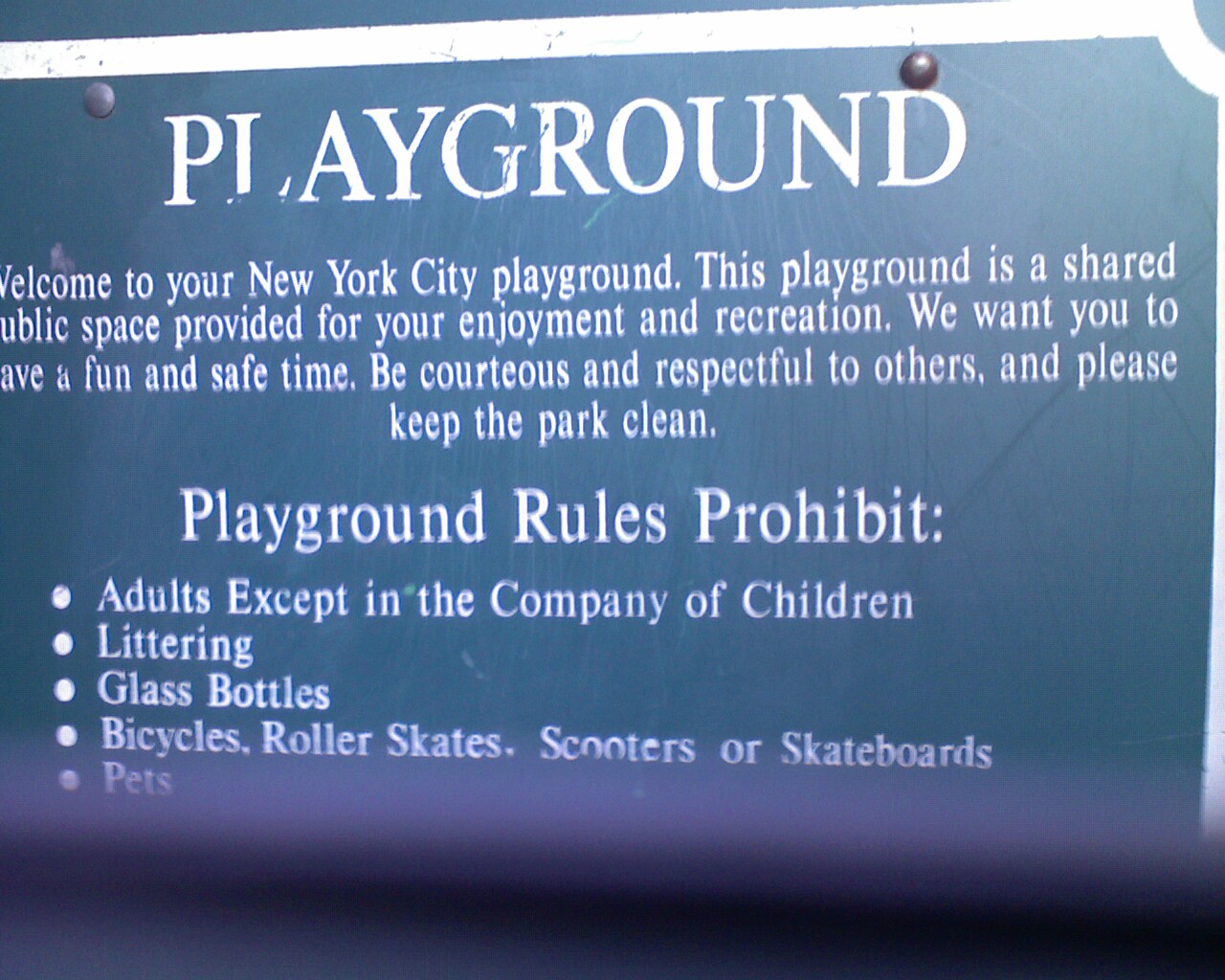 Walking through New York’s beautiful Central Park last week, I was struck by a sign posted on a small fenced-in playground: No adults who aren’t accompanied by a child.

No lonely old men wanting to connect with life. No lonely old women who miss their children or grandchildren. No researchers studying kids’ play habits. No young adults wanting to feel more confident about becoming parents one day. No would-be nannies wanting to observe how other nannies do it.

And yes, no potential child molesters.

What’s the logic here? Since the only kids at the playground are with adult caregivers, they’re not vulnerable to molesters. And the rule doesn’t help reduce kidnapping, because according to the FBI, children are almost never kidnapped by strangers. So what’s the point of the regulation?

And regardless of what it accomplishes, do you suppose this sign makes people feel more safe or less safe? It’s surely less safe.

It must be terrifying to live in a world in which policies and signs like this are sensible necessary.

Creating that frightening world is a political act. It’s been created by a long series of smaller political acts—many of them innocent, but many of them deliberate. Public policy that appeals to emotion rather than logic is dangerous. Lots of public policy designed to “deal with” sexual exploitation does nothing to reduce risk, but encourages other problems. That makes it dangerous.

The search for the feeling of security can go so wrong that everything you do in its name makes you feel worse. That makes you want to do more and more: Sacrificing fundamental rights. Tolerating art less and less. Cursing the sexuality that is the divine spark in all of us. Welcome to America, 2008.

For the Sexual Disaster Industry—groups like Focus on the Family, Morality in Media, Abstinence Clearinghouse, Citizens for Community Values—that panic is their Mission Accomplished. For the rest of us, all children included, it’s a disaster.

Molesters ruin some lives. The panic over child molestation is ruining far more.